skip to main | skip to sidebar

Welcome To My Blog! I'm So Excited You're Here! 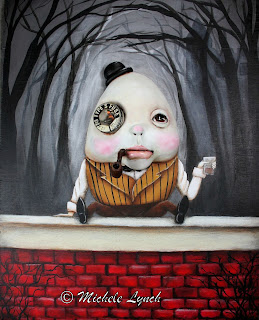 They say the road to hell is paved with good intentions. I certainly have good intentions to come back and do a blog post but things get crazy and it's easy to pop on facebook catch up with what everyone is doing, and show a quick photo of what I've been up to! Too easy, lol. But I thought I would post here some of what has kept me so busy this summer and let everyone know the the schedules of where my art will be through the end of December.
First, here are a couple of  photos of a class I taught at All Dolls Are Art in Austin, Texas: 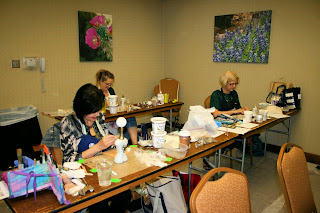 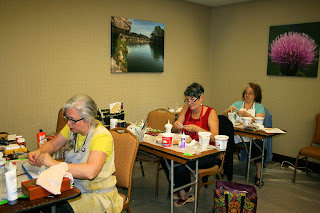 I loved Austin! Great funky city, with wonderful restaurants! I had an avocado Margarita at Curra's Grill for the first time there, and have to say it was amazing! 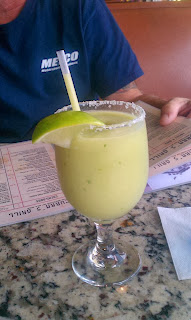 Another place we went to in Austin, was Foreign & Domestic, where I had goat for the first time! It was actually wonderful the way it was prepared! 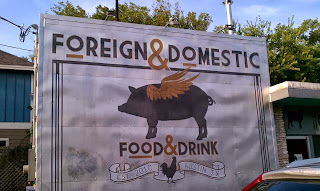 We took some side trips to San Antonio, which was another wonderful city! Riverwalk is amazing! 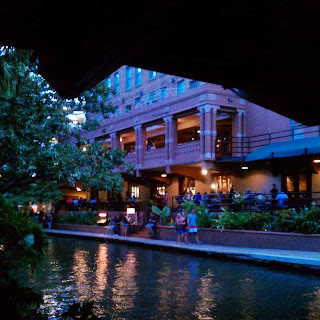 After San Antonio, we stopped at Comfort, Texas which is a small historical town that has lots of shops and antique stores. There I met Jan at Hearts Cottage and fell in love with her Halloween room! 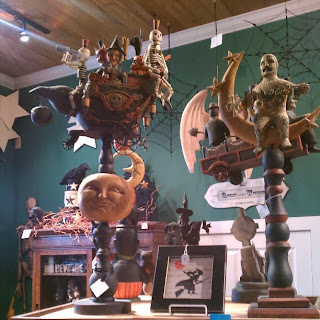 Jan, is good people. If you are in the area, you need to drop by this shop! After talking with her for a while, we decided that I would send some of my Halloween artwork to her annual Halloween show in September. She turns the whole shop into Halloween! I wish I had been there for the event! Here are a few of the pieces I sent and I'm happy to say every piece sold but Mr. & Mrs. Frankie. 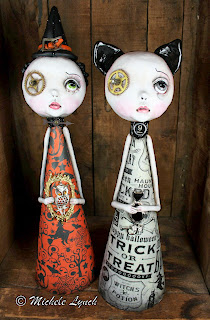 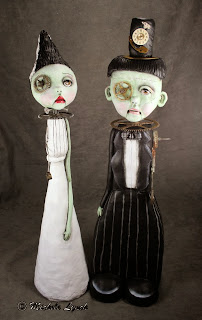 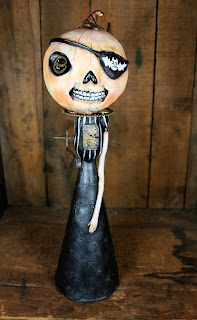 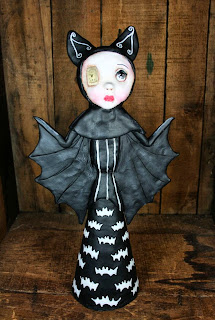 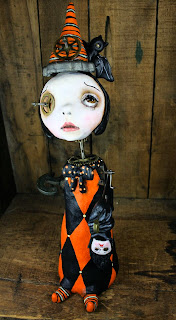 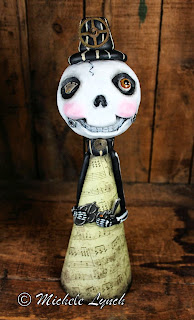 Now on to the shows coming up!

Here are a few sneak peeks at some of the pieces for these shows: 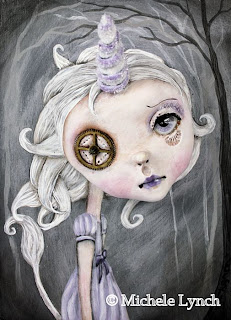 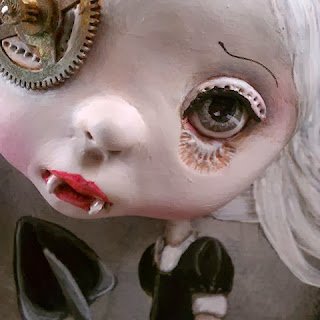 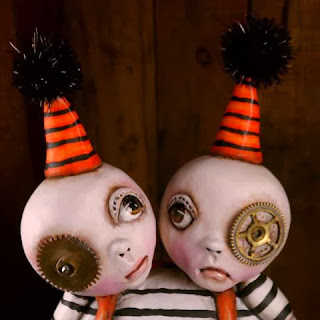 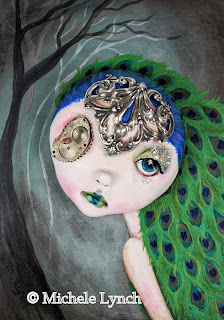 Adventures in Teaching At AFICC 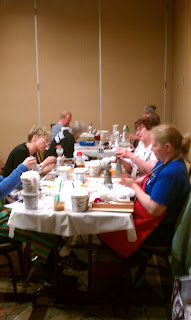 Okay so I know I'm just a little behind in posting this LOL! But finally I have found a moment to actually post about my adventures teaching at Artistic Figures in Cloth and Clay! Here's the whole story ;) with photos of the students and their dolls sprinkled in! 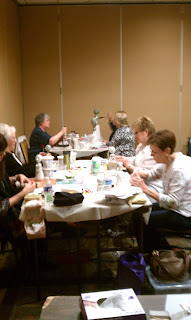 This is a Flickr badge showing public photos and videos from Michele Lynch Art. Make your own badge here.

Promote Your Page Too

You Can Find My Art Work Here Too!

Michele Lynch Art
I'm like most artists, I've been creating something for as long as I can remember. I have explored many types of media and love experimenting with new things. Mixed media seems to be where my heart belongs. I can combine my love of painting, sculpting, adding found object all into one. The Steampunk Soul series evolved after I took a job with a corporation--the Soul Sucker. I hope you enjoy my artwork! xo Michele